VIRTUAL TRAP FOR CHILDREN AND PARENTS

Children have to be physically active

Modern technology is rapidly advancing and ground-breaking inventions keep popping up every couple of years, innovations being particularly prominent in industries centred on production of smartphones, PCs, and other high-tech merchandise. Parents believe that use of modern technology (such as television, computers, and smartphones) from an early age will make it possible for their children to adapt to the world of the future. Nowadays it’s become increasingly common for five- or six-year-olds to be seen playing games or watching their favourite films or shows (sometimes even together with their parents) at restaurants, parks, or beaches. Some kindergarten-age children these days even have their own phones. In case parents decide to buy a phone for their child, it should be a model that has a physical keyboard (buttons). 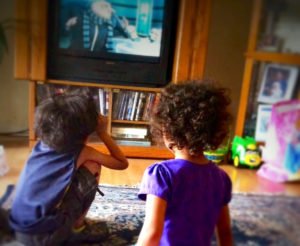 Boundaries are a much-debated issue today, i.e. how long a child aged under six should be allowed to stare at the screen. The American Academy of Paediatrics recommends that kids under 2 shouldn’t be exposed to screen-emitted light at all. Caution is necessary with kids aged 3-10, too. Unfortunately, a strict limit as to how much time a child should be allowed to spend in front of the screen hasn’t been laid down yet.

In case the child has their own cell phone, its parents should be aware that the phone emits radio waves that can negatively impact the development of certain brain structures, which is why it’s advisable for the child to sleep with the phone out of immediate reach. I stress this because I frequently hear about children using smartphones at bedtime to play their favourite games, eventually leaving the device by the bed or putting it under the pillow.

Children have to be physically active as movement helps them develop their capabilities, which means that parents need to be creative and come up with games to keep their child entertained. This is becoming an increasingly difficult task, though, since playtime activities now need to be more interesting than television or video games. This is why it’s important for parents to lay down rules for the child, establish a daily screen time limit, and encourage educational over purely entertainment-oriented media (i.e. TV shows or video games). What remains irreplaceable, however, is the time parents spend with their children at the park or playground, walking, cycling, or engaging in similar pastime activities.